Prior to our trip to the Baltics, I can honestly say that I knew very little about Tallinn – and Estonia in general, for that matter. But in my defense, most people don’t.

With just 24 hours in Tallinn, Estonia, a city so entirely unknown and mysterious, I couldn’t wait to uncover all I could about the capital city’s culture and history.

As soon as I stepped foot in Tallinn, I came to two sweeping conclusions. One: Tallinn is one of Europe’s best-kept secrets; a true gem in Northern Europe. And two: With its old-world charm, winding cobblestone alleyways, colorful medieval buildings, and overall nostalgic feeling, Tallinn would be well worth 24 hours of my time.

My 24 hours in Tallinn started bright and early to take advantage of my short visit.

Of course, my first stop was the heart of the Old Town.

Tallinn’s Old Town is a UNESCO World Heritage Site, with its origins dating back over 700 years, to the 13th century.

While walking through the Old Town, it’s easy to imagine just how opulent these buildings must have been hundreds of years ago (because they still are!), when Tallinn served as a center for the Hanseatic League and as an important Baltic port city.

Though wars and fires have ravaged through Old Town since the 13th century, it still stands proudly as one of Europe’s best-preserved old towns. Next, I headed over to Toompea Hill – the most visited part of Old Town – which boasts spectacular views over the city, medieval buildings, and the 14th-century Town Hall.

While we walked through Old Town, we set aside a while to peruse the many shops, taste some traditional foods, drink Estonia’s beloved Saku beer, and visit famous churches and cathedrals. While exploring, we also made sure to nab some kringles (common Estonian pastries).

Unfortunately, a few hours into our day, it began to pour. At that moment, I decided it was time to get myself on a tour of the city, in an attempt to stay somewhat dry. Usually, I’m not one for tours, because I prefer to explore on my own, without tons of other tourists. However, given our agenda and the weather, I figured a tour would be the best way to see the city. And I was right!

If you’re interested in a sightseeing tour during your 24 hours in Tallinn, check out this highly-praised free tour.

Next, I visited the Pirita Convent. In the early 15th century, merchants living in former Reval (present day Tallinn) worked out plans to create a monastery for the city. In its heyday, the convent was known as the largest nunnery in the area formerly known as Livonia. For over 150 years, the Pirita Convent was an important religious and local meeting ground for all Estonians. In 1577, Ivan the Terrible, Grand Prince of Moscow, looted and burnt down the convent, leaving it in ruins. Today, the façade, walls, cellars, and cemetery still remain.

The Pirita Convent is almost like a metaphor for the city of Tallinn; it’s full of life, but knows the hardships of persevering through seemingly endless obstacles.

We ended up spending around an hour here, but I think that 30 minutes would suffice. 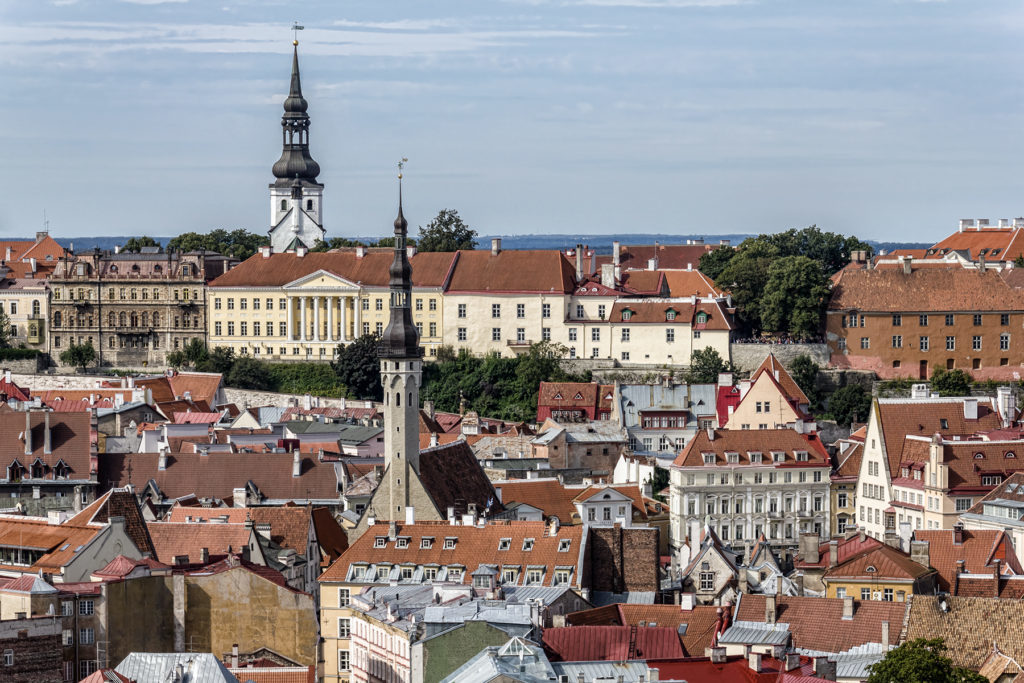 Source:  Wikimedia Commons, by Maigi, no changes made

24 hours in Tallinn should be spent wandering the streets, taking in the medieval sights, eating kringles, drinking Saku, and of course, learning about the capital city’s history.

While Tallinn surely isn’t one of Europe’s largest or most exciting cities, that definitely doesn’t mean it’s not worth a visit. Go on, take a step back into the 13th century and see what Tallinn has to offer!

Top Things to See & Do with One Day in Tallinn

Have you ever visited Tallinn before? What did you think of it? If not, is it on your list?