As the end of my third and final year in New York City nears, I’m realizing just how much I’ve learned. When I first moved to the City, I was a wide-eyed tourist and I had a lot to figure out. Now, for better or for worse, I feel like a real New Yorker. Reaching this point has been a long process, and if it weren’t for these New York City hacks that I’ve come to know, I wouldn’t be who I am today.

So take it from me, here are the do’s and don’ts for your trip to New York.

#1  Do get Halal Guys after a night out.

I know I’ve said this before, but you must eat Halal Guys! I’m not saying you need to have it every day, but to go out for the night, and to not have Halal Guys at least once, is basically a crime. $6 is all you need to pay for a mountain of awesomeness that hails from the Middle East. Extra hot sauce and extra white sauce is crucial, so don’t mess that up, either. Halal Guys is the best 2 a.m. meal you’ll find, and it’ll be one of your best New York City hacks from here on out!

#2 Do expect the Subway to be delayed.

This has been the one constant during my three years in New York City. You can never expect the subway to be on time. You’re actually more likely to encounter aliens, get attacked by a shark, or win the lottery. If you’re somehow lucky enough to not be delayed at all, please let me know. I want to hear all about your perfect subway ride. Just kidding, I wouldn’t believe you anyway.

My advice to you is to add five minutes to every ten minutes you expect to be on the subway. In other words, if you’re only supposed to be on for twenty minutes, in reality, you can expect a thirty-minute ride.

This is golden advice; you should put it on a plaque or something.

#3 Do prepare for the winter wind.

It’s been a relatively mild winter, but even mild winters bring bone-chilling winds that’ll have you wondering why you ever chose to come here in the first place. This is one of the most important New York City hacks, since we’re talking about your livelihood here. You must bundle up and prepare for the elements!

#4 Do shop at sample sales!

This is the best of the New York City hacks when it comes to shopping. Obviously, you’re in one of the fashion and retail capitals of the world. This means that brands are trying to test out future products or get rid of past merchandise in this diverse city. I happen to work (occasionally) at the best one in the city: 260 Sample Sale. This store has a new brand every single week and operates in up to 3 locations. Here, you can find brands such as J. Crew, Asics, The Kooples, Sandro, Derek Lam, Rebecca Minkoff, and plenty more at up to 90% off retail prices. You’re welcome!

#5 Do visit other boroughs.

Some people don’t even know that New York City is more than just Manhattan; there’s also Brooklyn, Queens, the Bronx, and Staten Island. All of these are their own cities and counties, but also make up New York City. I know, it’s confusing, but just know that they all come together. A big mistake that many people make is not leaving Manhattan, and it’s honestly a travesty. The other boroughs – especially Brooklyn and Queens – have so much to offer, that you need to get out and explore!

#1 Don’t expect to find a public restroom when you need one.

This has happened to me and everyone I know multiple times. You can’t rely on public restrooms because they’re usually dirty, you have to pay, or they’re just inaccessible. But of course, there are New York City hacks to this: look up apps that tell you where public restrooms are or simply use the ones at the restaurants you dine in.

If you shop on Fifth Avenue, you’ll be sure to find a few things: retail conglomerates, waves of people, and zero authenticity. When you come to New York, you need to demand more than that from one of the world’s fashion capitals! Go to the aforementioned sample sales, shop in SoHo, or go scavenging for original pieces in the Village or Williamsburg instead. You’ll be much happier, and your wallet will be, too!

New York City cabs are pricy, the drivers aren’t the best, and customer service is terrible. Instead, some New York City hacks would be to take Uber or Lyft, take the subway, or (my personal favorite) take the Citi Bikes which can be found at various locations. Biking is a great way to see the City more intimately and be environmentally conscious at the same time!

You’re in one of the culinary capitals of the world, so I beg you to not eat at chain restaurants during your whole time here. No Starbucks, Chipotle, McDonald’s, or anything else that can be found around the world or the country. I will personally send you a list of my favorite restaurants at all different prices if you promise me to stay away from chains while you’re here. Please and thank you.

For many, it’s hard not to buy that “I heart New York” sweatshirt, a Statue of Liberty snow globe, or a mini replica of the Empire State Building. Instead find something, outside of Midtown, that you actually like and that will last you much longer. I promise you that an authentic piece of New York City will make your memory of this great place that much better. Don’t buy any of the cheap stuff; it’ll probably break on your flight home!

California Bucket List: 50 Best Things to Do in California
Solo Female Travel in New Orleans: Is it Safe? + What to Know 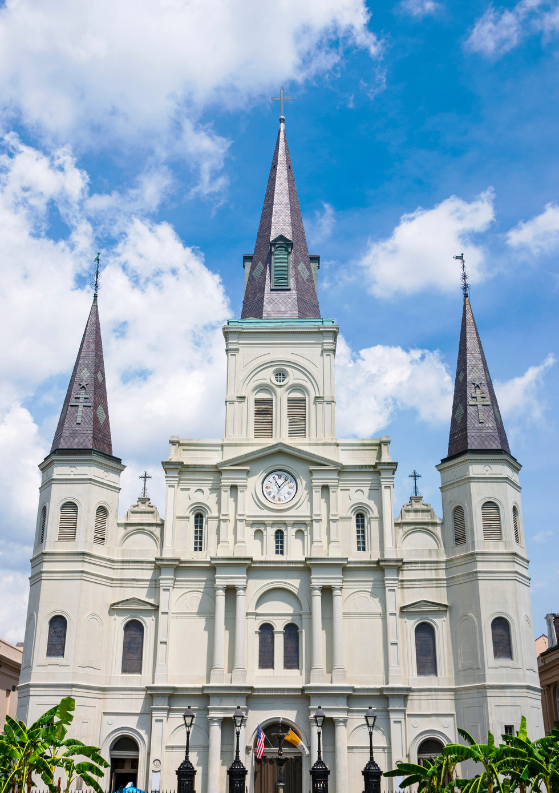 The Most EPIC 3 Days in New Orleans Itinerary! The Top 10 Things to Do in Berlin