Just like any other big city in the United States, New Orleans is dangerous; there is a ton of crime, and you can easily find yourself in a highly undesirable situation if you’re not careful. I’m not going to lie to you. But the real question is this: is solo female travel in New Orleans safe? Or should it be avoided at all costs?

And the answer, in short, is that solo female travel in New Orleans is safe enough, but there are some things you need to know. I traveled through New Orleans for a week all by myself, and as I look back on my misadventures (as well as some really lovely times) in New Orleans, there are a few tips I wish someone had told me.

So now, I’m going to tell you what I wish I’d known. 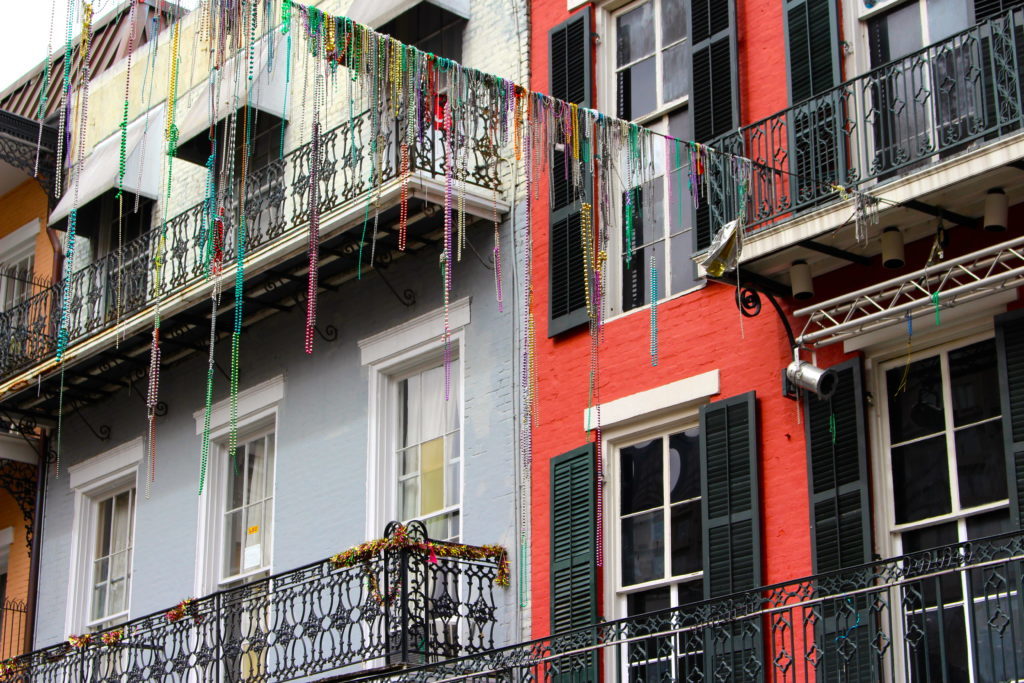 Staying in a hotel in a nice, safe area where there are plenty of other tourists will help ensure that you won’t wander into trouble accidentally. I stayed at the Hyatt Centric French Quarter during my stay and I felt completely safe and comfortable.

Just as it sounds, the Hyatt Centric French Quarter sits right in the heart of the French Quarter, one of New Orleans’s safest, most touristy neighborhoods, and honestly, its location could not have made my first solo female travel experience in New Orleans any better.

Book your stay at the Hyatt Centric French Quarter here.

Solo Female Travel in New Orleans Tip #2: There are some neighborhoods you should consider “out of bounds.”

There are some wonderful places in New Orleans that should not be missed, and then there are others that should be completely written off. And I mean that literally too. On your map, ask a local to scribble out all of the city’s no-go zones.

There are areas that real New Orleanians won’t even pass through, so why should you? 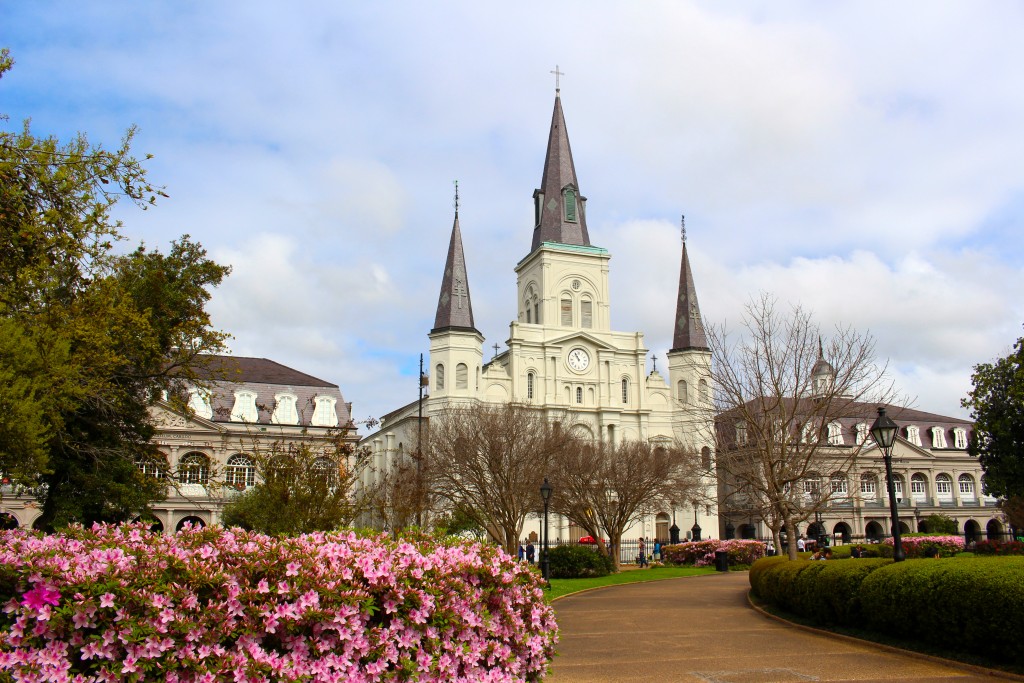 Given everything that this city has been through, robberies are not uncommon in New Orleans.

So here’s the plan. Don’t call attention to yourself, don’t flash your wallet or your camera, and mind your own business. Hopefully, everyone else will leave you to your business, too. But in the event that they don’t, and they ask you to give them your money, do it. Give them whatever items they ask for.

If you want to take an extra precaution, you could always put some of your credit cards and money in one of your shoes, and keep some in your wallet. That way, if you’re forced to empty your wallet, you won’t be totally out of luck.

I figured this one out pretty damn quickly.

A short story: On my first day in New Orleans, I woke up very early, at about 5:30, ordered room service for breakfast, got ready, and left my room at about 7:00. I was eager to start exploring New Orleans, and once I stepped outside, I immediately realized that I should’ve been a little less enthusiastic. I could’ve slept just a few hours longer.

Out on the street was me, and a handful of sketchy-looking guys, uttering dirty, disgusting remarks at me that I have no interest in repeating, as well as drunk people passed out in all different nooks and crannies.

After about twenty minutes of walking around (uncomfortably), I walked right back to my hotel room and slept a little bit longer. When I set out again at about 10:30, tourists and non-creepy locals alike were bustling about, jazz emanating from every street corner. Now that’s the New Orleans I hoped for.

As a female solo traveler in New Orleans, your best bet is to venture out once the streets are bustling with activity.

Don’t wander around in the middle of the night either, but that should go without saying… I hope. Bourbon Street is all about drinking. Period.

While this makes for some pretty awesome people watching and very entertaining conversations, remember to keep your wits about you, be aware, and make sure you don’t get too caught up in the party scene.

If you’re easily distracted or get carried away easily, keep reminding yourself that you’re in New Orleans and you’re all alone. Bourbon Street is party central, and in this kind of setting, there is no easier target than a drunk girl roaming the streets all by herself.

Don’t drink too much, and always keep a watchful eye on your drink.

Get an Uber, Lyft, or taxi home if you don’t feel comfortable walking.

If you notice that a street looks oddly quiet and deserted, should you walk that way? Probably not.

As a rule of thumb, only go where there are plenty of other people in sight. 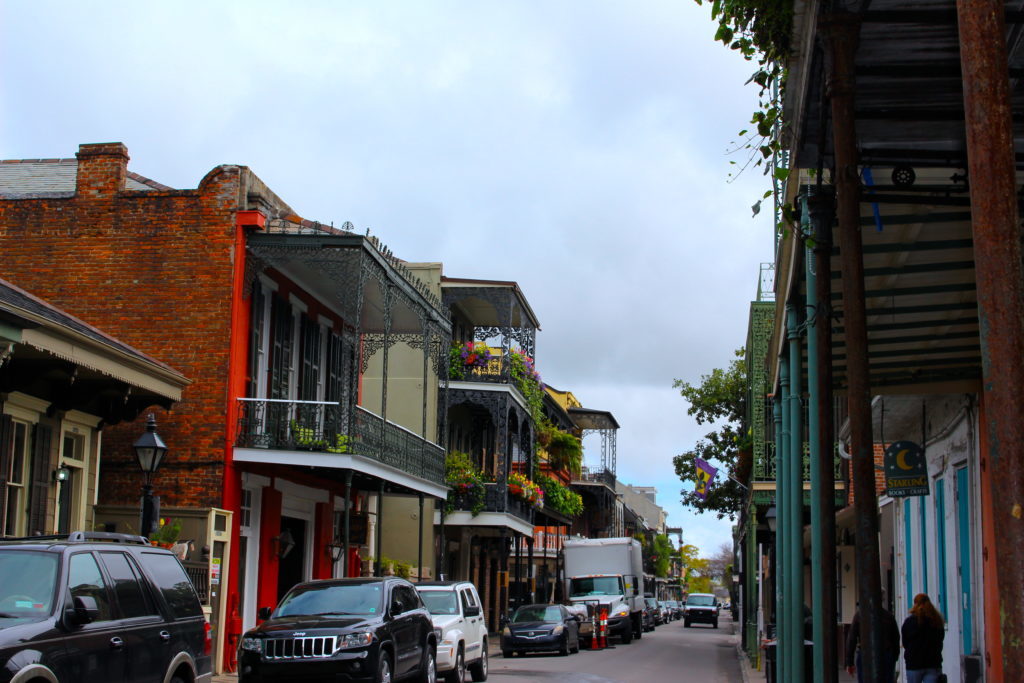 New Orleans’s cemeteries are unlike most others in the world. Because New Orleans is a swampland, the dead could not be buried underground, and instead were laid to rest in beautifully embellished, above-ground tombs.

As creepy as cemeteries are, there’s also something really cool and interesting about them, and that’s why thousands of tourists visit New Orleans’s cemeteries each year.

A word of caution though: creepy, and perhaps dangerous, people hang out in the New Orleans cemeteries, so you do not want to go alone. This is what multiple locals told me.

If you decide you want to check out a cemetery, I’d suggest taking the safer route and embarking on a City & Cemetery tour with Cajun Encounters. So is solo female travel in New Orleans safe?

Overall, the answer is yes. Solo female travel is safe in New Orleans IF you’re smart. Don’t drink too much. Pay attention to your surroundings. Be aware. If you can do those things, you will have the time of your life.

After reading this, I hope I haven’t scared you out of your brave solo female travel in New Orleans idea. Despite everything you just read, I actually had a spectacular time in New Orleans by myself, and I felt completely safe most of the time. During my week in New Orleans, I met some friendly locals, I indulged in some really amazing food, and I found a new love for jazz music. I stayed in a beautiful hotel, I explored the swamp, and I totally left my comfort zone behind.

And most important of all, I had an unforgettable week in New Orleans that I would never have experienced if I didn’t take the chance and go alone.

Again: Be smart, be aware, and be safe. If you do those things and follow the tips I’ve just detailed for you, solo female travel in New Orleans should be a breeze.

Over to you! Have you traveled to New Orleans alone before? Did you feel safe? Do you have any other tips for solo travelers in New Orleans (or anywhere else in general)? I’d love to hear your thoughts!

This post contains affiliate links. Maddy’s Avenue visited New Orleans as a guest of both the Hyatt French Quarter and Cajun Encounters, but as always, all opinions are our own.

Why Budapest is the Most Underrated Capital City in Europe
A Week in Belize: Relaxation & Adventure
Where to Stay in New Orleans: Hyatt Centric French Quarter 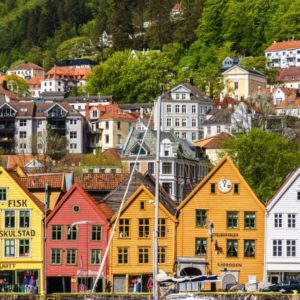 3 Days in Bergen, Norway: Why You Need to Visit Bergen Now